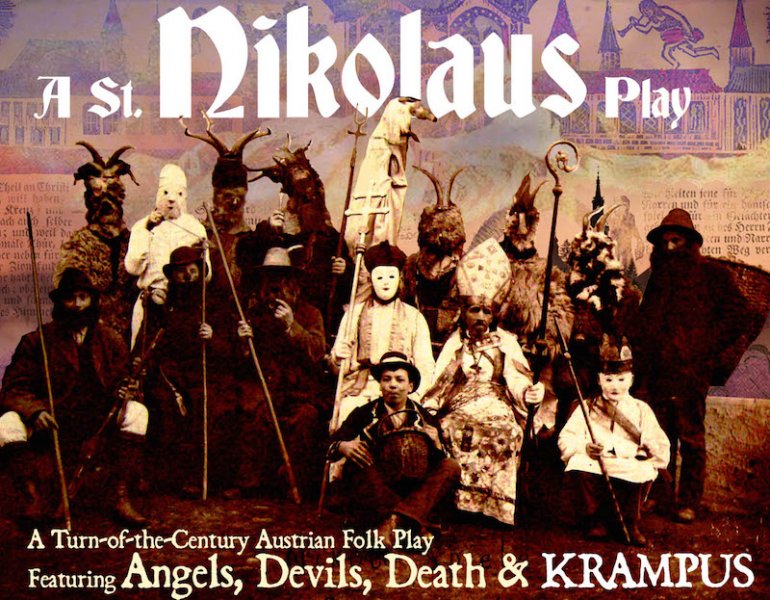 On December 13 2014, Krampus Los Angeles will claw its way to the very wellsprings of the Krampus tradition with the world’s first English-language production of an authentic Alpine Nikolausspiel, one of a series of “Nicholas plays” traditionally performed on the saint’s feast day in parts of Austria and Bavaria.

In 2014 UNESCO recognized the  the Nikolausspiel as an element of Austria’s “intangible cultural heritage,” or in the parlance of the UN, a “Human Treasure.”  Our Los Angeles presentation is a composite of several village plays, incorporating not only the Krampus and Nicholas, but also a juicy tirade by the Prince of Hell, the “Lucifer Sermon,” usually presented as a standalone act, as well as “Death and the Youth” featuring an exceedingly clueless young man stalked by a remorseless Reaper.