A couple Krampus LA devils will be in attendance at this opening reception at USC November 18. One of our suits is also featured in the exhibition.

WHAT MAKES A MONSTER?
Opening Reception

Dean Catherine Quinlan and the Friends of the USC Libraries invite you to the opening reception for the new exhibitionWhat Makes a Monster? Held in five library locations across the two USC campuses, the exhibitions explore how humans have long found wonder in the strange and macabre, from mythical creatures like alien xenomorphs and atomic monsters, to the real world of freak show artists, microscopic pathogens, and monstrous criminals.The reception will be preceded by a discussion on the meaning of monsters in diverse contexts and cultures. The event will be moderated by science writer and Institute for Figuring co-founder Margaret Wertheim, in conversation with game designer Leonard Boyarsky, USC professor and multimedia artist Charlie White, and USC professor and folklore scholar Tok Thompson.

Presented by USC Visions and Voices: The Arts and Humanities Initiative. Organized by the USC Libraries. For more information, please visit http://bit.ly/134PEET

What do nine-headed water serpents, microscopic pathogens, criminals, freak-show artists, and so many diverse communities of the other have in common? In various historical settings and contexts, they all have carried the label “monstrous,” sometimes as a result of unproven assumptions, a lack of scientific awareness, or purposeful demonization by figures of authority. What Makes A Monster?, held simultaneously in five library locations across the two USC campuses, examines preconceived notions about such monsters, and why they elicit responses across the emotional and physical, political and cultural spectrums. The exhibition features rare items from the USC Libraries Special Collections, such as Swiss natural scientist Ulisse Aldrovandi’s 1642 Monstrorum Historia and Reginald Scot’s 1584 The Discoverie of Witchcraft, alongside recently produced works such as a deck of serial killer “trading cards” and a Mayan altar with accompanying hexes “for the wandering male.” 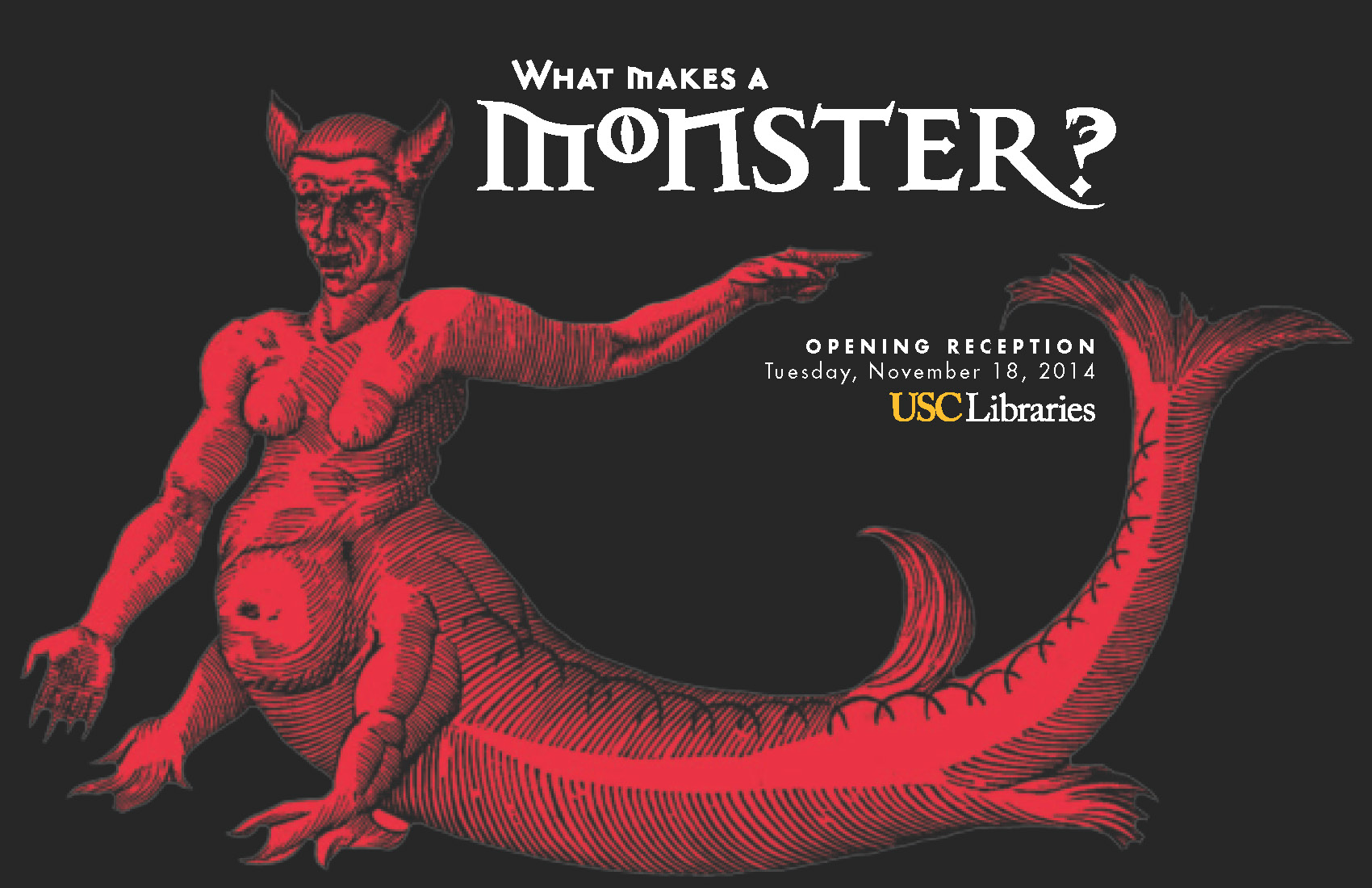