The Art of Bleeding, ↓
Home Menu ↓

Krampusfest events are the creation of former members of The Cacophony Society, a national group of creative eccentrics, artists, and pranksters that served as an key agent in creation of the Burning Man festival as well as inspiration for “Project Mayhem” in Chuck Palahniuk‘s novel Fight Club.   Cacophony has also been the subject of a museum exhibition, a 90-minute documentary, and a book to be published by Last Gasp this Spring. 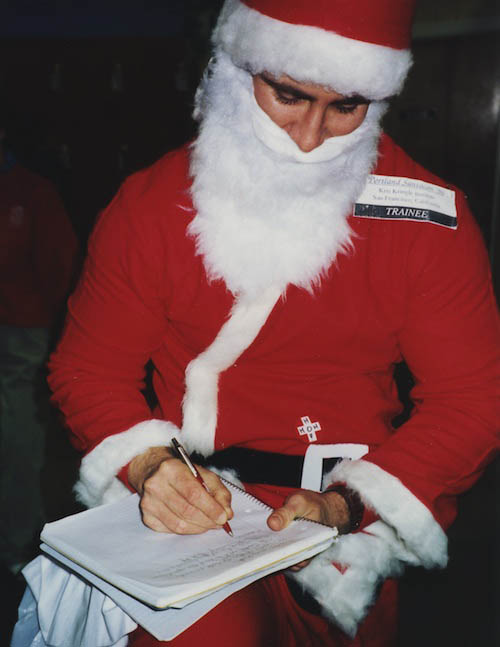 SantaCon, the yuletide mob of “bad Santas” run amok, was also conceived by the  Cacophony Society in SF in 1994. Now in its 18th year and spread across more than 234 cities and 32 countries, SantaCon has grown big, but not better.

Support of SantaCon by the Cacophony Society has all but ceased with most original participants feeling the event has degenerated into uncreative costumed pubcrawl.

Krampusfest is being proposed as an alternative Christmas celebration for those  no longer satisfied with former alternative of SantaCon.

While the Cacophony Society was known for a general attitude of cynicism and satiric manhandling of sacred cows, Krampusfest encourages an inquisitive and respectful regard for the practice of Krampus traditions (along with playful reinterpretations!)   Krampus Los Angeles is in correspondence with Krampus groups overseas in an effort to ground our activities in authentic practice and understanding of the tradition.