With the creation of LA’s first Krampus troupe, our city’s notoriously naughty residents are no longer safe from the seasonal menace presented by St. Nick’s punishing henchman. Tonight you are invited to seek safety in the cozy old-country charm of an old-worldly Craftsman ballroom.  To add a little authenticity to our celebrations, we have invited the Bavarian music and dance group,G.T.E.V. D’OBERLANDLER to present genuine Schuhplattler dances. Along with this shoe-slapping folk dance, they’ll pick out tunes on a musical array of cowbells, accordion, and the awesome 10’ alpenhorn.

For those who prefer their music a bit more modern, we offer a diabolical synthesis  of the grandaddy of all synth bands, KRAMPWERK a Krampus-friendly version of  Kraftwerk brought to the stage by composer, performer, and impresario EGO PLUM.  A film composer, and collaborator with artists including David J, Frank Black, Gidget Gein, and Genesis P. Orridge, Ego Plum is perhaps best known as the mastermind behind the Ebola Music Orchestra: a 10-piece audio/visual ensemble known for its herky-jerky cartoon-inspired sound.

Another musical treat is SANTA KLAUS NOMI, really just a pet name for a specially commissioned Krampus-themed set by the Nomi-esuqe post-punk glam band TIMUR AND THE DIME MUSEUM. This highly theatrical ensemble is fronted by Timur, “the extravagantly transgressive tenor” (LA Times) from Kazakhstan. The band has appeared on America’s Got Talent, Redcat Theater, Prototype Festival, Joe’s Pub, Miami Light Project, and LAX 2013 Festival, among many others.  They will be joined by the Klaus Nomi key collaborator KRISTIAN HOFFMAN, who has also contributed some of the original songs, which the band will premiere tonight.

A brief, but surely memorable appearance will also also be made by postmodern pop/porn star ACTUALLY HUIZENGA, who ever since 2007 has been inextricably linked to Krampus thanks to her earwormy viral video Krampus Christmas.

Presiding over night of Teutonic tomfoolery will be “FESTMEISTER HANS” a.k.a. John Baumgaertner, comedian, singer, actor and emcee for the oldest and largest Oktoberfest in California at Alpine Village.

In amongst all this festivity, visitors must also be prepared for a switch-wielding visit by the elaborately costumed beasties of KRAMPUS LA whose punishments, sweet as they may be, may also be offset by some treats from St. Nicholas.

RSVP or see which of your friends are going on Facebook. 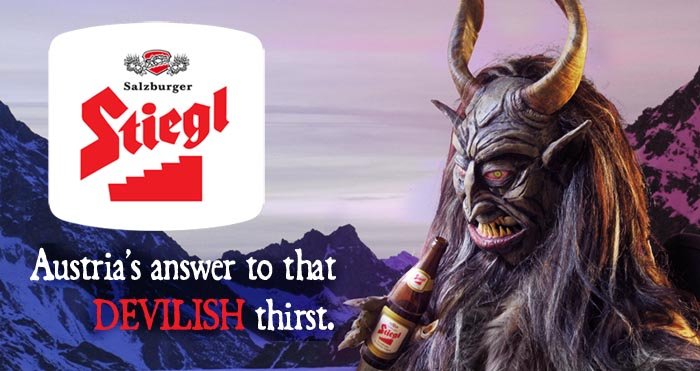