Article from the Salzburger Weekly about the upcoming visit by the Altgnigler troupe-members to LA. (They’ll be at the The Krampus Ball 2014,Krampus Los Angeles at the Echo Park Parade Dec. 13th! and attending the St. Nicholas 1888: A Kinder-Horror Holiday (6pm, 9pm))

TRANSLATION: “LOS ANGELES, Gnigl. The Altgnigler Krampus and Perchten troupe was contacted in 2012 through Facebook by a group of artists from Los Angeles who wanted to organize a Krampuslauf. Member of the troupe and district troupe chairman Martin Zehentner had met with the group in March 2013 in Los Angeles and furthered contact. So it was that December the first Krampuslauf took place in the streets of the US metropolis of Los Angeles. After the start in 2013 proved promising, the Altgnigler Krampuses were also invited to participate this year. For the December 2014 dates Zehentner, will travel with his sister and nephew to LA to make the Salzburg tradition known across the pond. “By now we already prepared for this,” says Zehentner. In December 2013 the Krampus created a stir in the streets of Los Angeles.” 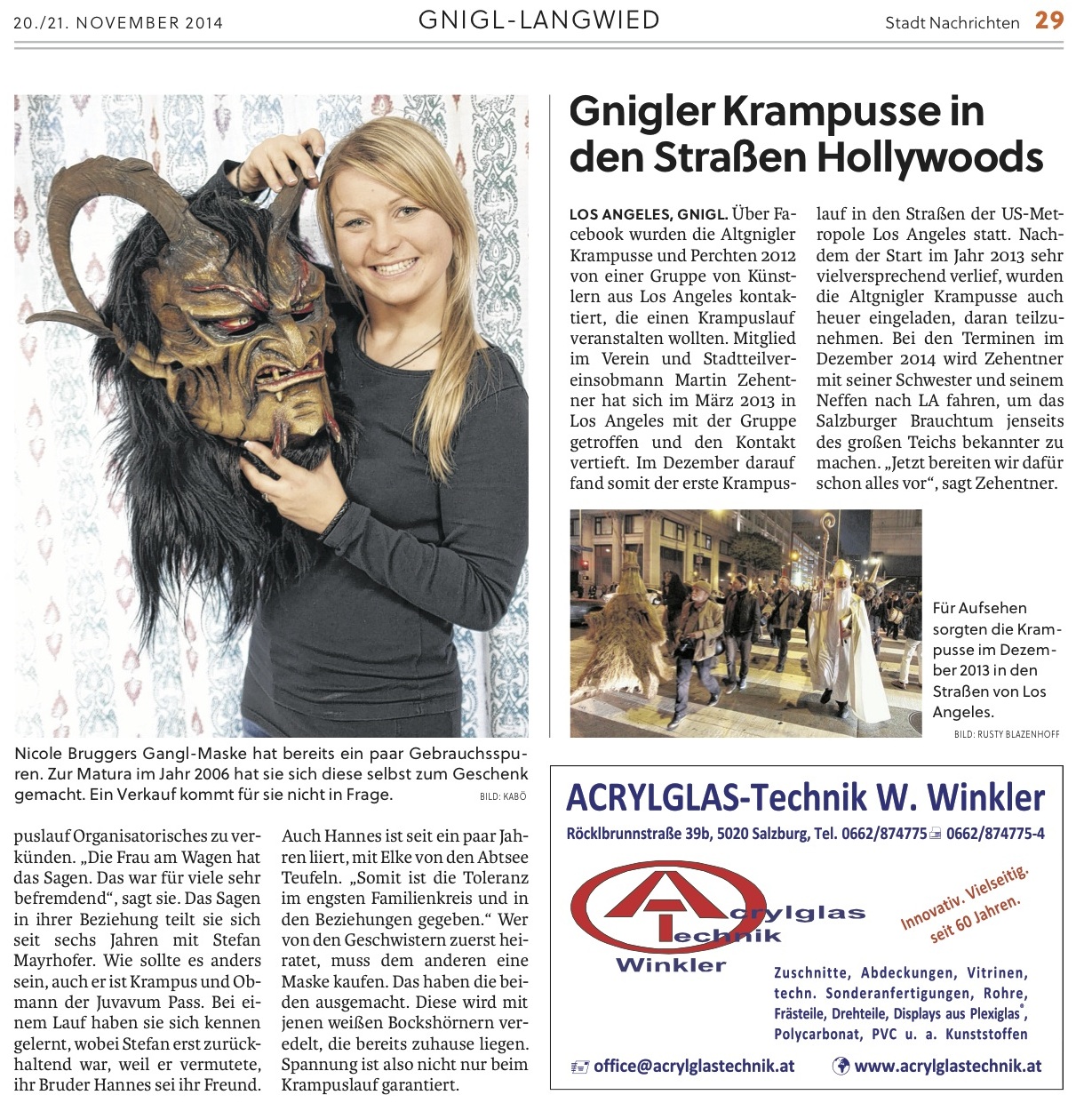